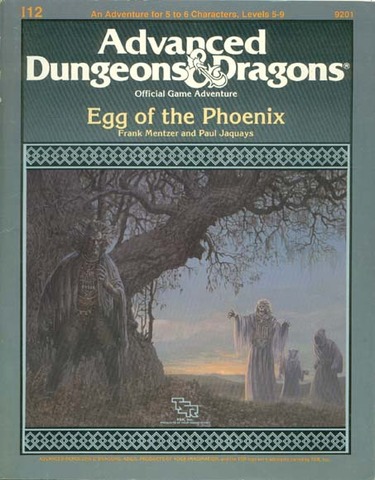 "Come on," they said, "It won't be so tough, just stopping a slavery ring," they said.

"I don't know," you said. "Those slaves aren't even entirely human! How do we know they won't try to kill us?"

But you went, and now you're having second thoughts. There were the thieves in the lost crypts of Empyrea, raising hundreds of - no, that's too disturbing to think about. There were the three daughters who - no, that's too painful to remember. Now there's this Egg of the Phoenix. What does that have to do with anything? This was supposed to be a cut-and-dried stop-the-slavers job. Who said anything about retrieving lost artifacts?

Trudging through forests, traipsing through castles, trotting throug dungeons, traveling through other planes: this has turned into more than your run-of-the-mill adventure. The compensation had better be worth it!

Provided, of course, you're around at the end to collect your share.