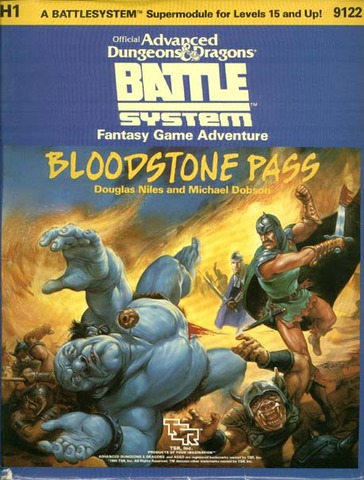 The tiny village of Bloodstone Pass is menaced by an army of thousands of brigands - orcs, goblins, giants, and human renegades led by a powerful assassin. Outnumbered and helpless, the villagers must pay tribute in gold, food...slaves.

Two villagers have travelled far to find aid for their people. They have turned to you, brave and powerful adventurers, as their only hope. They cannot afford to pay more than a few silver pieces a day, but their need is great.

You are invited to save the people of Bloodstone Pass. Can you organize a defense, train and equip the peasants, recruit allies, gather intelligence...and win the war?